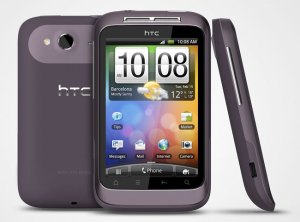 A relative recently purchased a shiny new HTC Wildfire S from eking.co.nz. The phone itself is fantastic and I’ve had pretty good service from that site, however this particular Wildfire S turned up installed with a Chinese ROM, version 1.35.707. This version has loads of applications specific to China that cannot be removed and waste considerable space. I’m sure they are great for Chinese users but they are completely useless in New Zealand.

So the first step was to locate a suitable factory ROM image, so I decided on the European one. This took a bit of searching, but some ROMs are available from the following URLs. Note that the Wildfire S codename is Marvel (the original Wildfire codename is Buzz).

I went for the Shipped ROMs version which is an official RUU installer from HTC. This contains a European ROM image. I’ve also made a copy available for download below:

Here’s the steps I tried to replace the factory firmware on the Wildfire S. While all three showed promise I ended up having to use the GoldCard method as the phone CID did not match that of the European firmware image, despite the fact that the images are signed by HTC.

If you purchased your phone from Eking and want to perform this I’d recommend going straight to attempt 3.

Note that I take no responsibility for any damage to your phone resulting from any of the instructions on this site!

The end result of the update was a fully functional phone with with an additional 60-70MB of internal storage freed up.

My first attempt was to simply run the .exe file. Unfortunately this requires Windows but normally the process is fairly straightforward:

It did show that the update I was applying was actually a downgrade (v1.35.707 to v1.33.401) but it allowed me to proceed anyway. Unfortunately this failed after copying the image to the phone as it said the phone was the wrong type. After disconnecting the phone I powered it on and it still worked as before. Phew!

Attempt 2 – Flashing from the Boot Loader

The Wildfire S is like most HTC phones in that it can be forced to enter the boot loader by holding Volume Down when powering it on. From here it will look for a file named PG76IMG.zip on the root of SD card and attempt to load it if it exists, otherwise it will present the usual Android bootloader menu (text console with a picture of a three Androids at the bottom of the screen).

The neat thing about the Wildfire S supplied here is that it came already supplied in S-OFF mode.

The required zip file can be extracted from the HTC RUU application above. Don’t worry if the Windows built-in zip decompression doesn’t know how to open it; this does not mean that it is corrupt.

If you receive a message saying the update failed because of an incorrect CID (like I did) you will need to perform the GoldCard method below.

This method overrides the CID check on the phone.

If you have found something here that's been useful and would like to show your support, please consider shouting me a coffee!